“Jim Jackson’s Kansas City Blues,” was one of the biggest selling blues hits of the 1920’s, and made him quite the popular performer in this time frame. A colorful character known for his sparse accompaniment of guitar, and primordial vocal style, he was an important figure in the evolution of the blues.

Born circa 1884, in Hernando, Mississippi, a small town twenty miles south of Memphis, Jackson was raised on a farm. Jackson’s father taught the youth to play the guitar, a skill he would use to earn a living. Local guitarist Frank Stokes was also an influential figure to young Jackson. Around 1905, Jackson gained employment as a singer, dancer, and musician in medicine shows. The medicine show was a time-honored American tradition that employed entertainers to draw a crowd to a tent or wagon where vendors hawked alcohol-based patent medicines. By 1912, Jackson was playing local dances, parties, and fish fries, often pairing with Gus Cannon of Cannon’s Jug Stompers or fellow Hernando native Robert Wilkins.

Jackson began traveling with minstrel shows in 1915, performing with the Silas Green Minstrels, the Rabbit Foot Minstrels, and the Abbey Sutton show intermittently until 1930. Minstrel shows, which had been popular during the nineteenth century, featured dancers, musicians, magicians, and comedians all performing under a tent. Jackson was a favorite; his large stage presence, stentorian voice, and friendly demeanor drew substantial crowds whether from a stool, soapbox, or flatbed truck. Like Leadbelly, Jackson had command of hundreds of songs including blues, ballads, vaudeville numbers, and traditional tunes of the nineteenth century. He has been called the greatest repository of pre-blues songs among all recorded musicians.

When not traveling with minstrel shows, Jackson played the clubs on Beale Street, W.C. Handy’s stomping ground in Memphis. Teaming with Gus Cannon or younger players such as Furry Lewis and future Memphis Jug Band guitarist Will Shade, Jackson played Pee Wee’s, Big Grundy’s, and possibly the Monarch Club. His popularity and proficiency landed him a gig at Memphis’s prestigious Peabody Hotel in 1919.

In 1927 Jackson’s performing popularity led noted Jackson, Mississippi, talent scout H.C. Speir to sign him to a recording contract for the Paramount Record Company. Believing Jackson to be a “cocaine head,” Speir sold the contract to talent scout Loren Watson of the Vocalion label. In Chicago, on October 10, 1927, Jackson waxed one of his most requested tunes, “Jim Jackson’s Kansas City Blues, Parts 1 & 2,” for Vocalion. Released in December of that year, it was one of the most popular blues titles ever released. Latter day record collectors have discovered many surviving 78s of the song, prompting speculation that it was one of the first million-selling records. Vocalion rushed Jackson back into the studio in January 1928 for a follow-up session that included “Kansas City Blues, Parts 3 & 4” and eight other titles. Perhaps because of his increased popularity, Jackson moved to Memphis that month, living at 1150 Grant Street on the city’s north side. Later that year the Victor label sent a field recording team to the Memphis Auditorium where Jackson recorded the bawdy “I’m Wild About My Lovin’” and the comic “I Heard the Voice of a Pork Chop,” two songs of likely medicine show origin.

Jackson’s recorded material is firmly rooted in nineteenth-century style and structure. Certainly his guitar-strumming technique distinguishes him from younger finger-picking contemporaries like Furry Lewis, Robert Wilkins, andTampa Red. Likewise, Jackson’s recorded blues lack the personal viewpoint of later musicians such as Charley Patton, who recorded a version of “Kansas City Blues” as “Going To Move To Alabama”; instead, Jackson relied upon the comedic twists, old familiar themes, and lyric couplets known to much of his audience. Jackson’s popularity gained him an appearance in King Vidor’s all-black, 1929 film Hallelujah! His popularity was phenomenal – he waxed fifty titles in less than three years – but it quickly waned with the onset of the Great Depression. Jackson’s last recording session was in February 1930, and soon afterward he moved back to his hometown of Hernando. During the 1930s, Jackson continued to perform in traveling shows with occasional appearances in Memphis.

The song about the “Old Dog Blue” that Jim Jackson sang in 1928 is the kind of folk song that seems to have always been around, the story of a country man and his old and faithful dog, who helps him hunt possums and sleep at his feet. When the old dog dies, the man dig him a grave (“with a silver spade”) and imagine his pet friend hunting possums in “The Promised Land” or “in Noah’s Ark”. In some versions of the song, he eventually wants to join him in heaven (“Oh Blue, I’m coming too”). The song originated probably during the minstrel shows at the end of the 19th century and judging by the style and form of the song,it was certainly  the creation of black performers. As mentioned above in his biography, Jim Jackson was a regular performer at minstrel shows and he included some minstrel songs in his repertoire. Another performer of the song and fellow Memphis Blues musician of these years was Furry Lewis. In his version of “Old Blue”, Furry introduces the song by telling how he play it on the guitar “just like a banjo” and later in the song he talks about his days in the minstrel shows, how he throwed his guitar up in the air while playing and how he “called for Blue” with his guitar. Some old black banjo players like Irvin Cook and Dink Roberts played versions of the song too. The melody of the song is very simple and repetitive and was probably created on the 5-string banjo originally, with the singer hammering a little riff between each verse. And like a lot of the songs on the Anthology, it can also be a children’s song. Many singers during the Folk revival of the 50’s and 60’s played “Old Blue” (see on my compilation Joan Baez, Larry Mohr, Pete Seeger, Guy Carawan, Ramblin Jack Elliott, Cisco Houston…).

-I’ve compiled 25 different versions of “Old Blue”, from folk singer’s versions to Bluegrass, from folk-rock (The Byrds) to field recordings of black banjo players (Irvin Cook and Dink Roberts) and young girls singing (The Scruggs sisters). A stunning recent version by The Little Brothers with a banjo and a bluesy fiddle is included too. Enjoy! 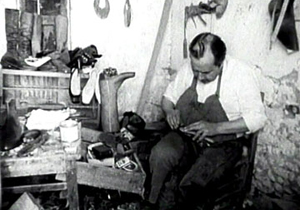 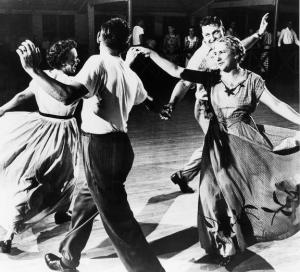 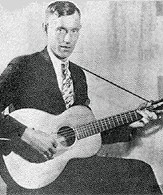 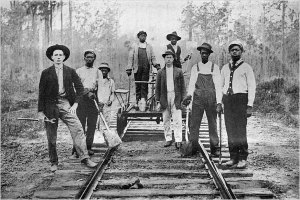 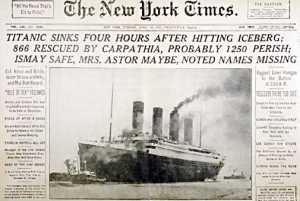 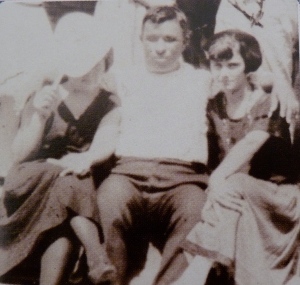 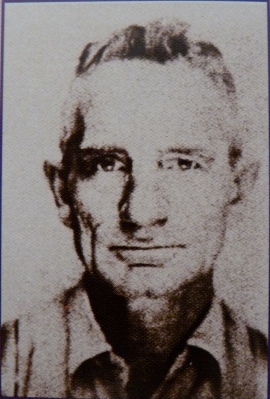 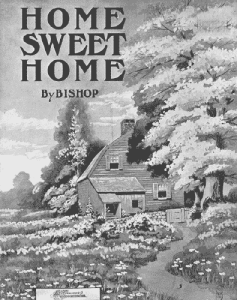 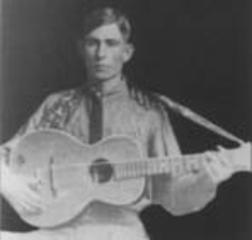 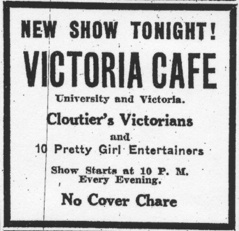 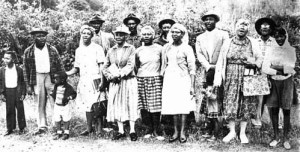 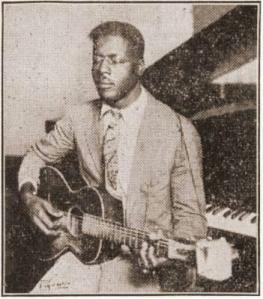 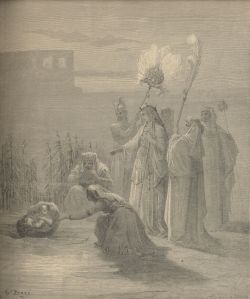 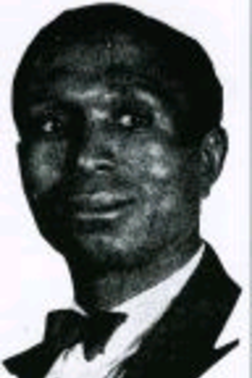 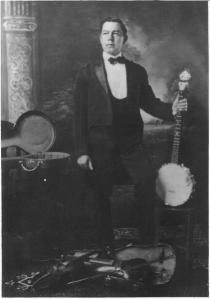